I know that this blog article is long overdue but I’ve been busy recently with different things popping up. This trip happened way back the last week of June when my mother and I headed down southwest. We went to the Copper state, Arizona. The state of Arizona is widely known for its touristic appeal to the people. It offers different adventures and scenic views ranging from the desert to the mountains. It has been called a copper state due to the fact that the first copper was mined in Arizona. The state also is one of the largest states in the United States based on land area. Arizona has both hot summer and cold winter. It so happened that we visited the place during the hot month of June and there, I experienced summer heat in the U.S.

Last week of June when my mum and I flew from Cleveland, Ohio to Phoenix, Arizona via Southwest Airlines. Temperature in Cleveland was at 80 degrees Fahrenheit and when the plane landed in Phoenix Sky Harbor International Airport, the temperature rose up to 108. It was indeed warm. Our host who happened to be my aunt and her husband who live in Mesa picked us up at the airport and drove to their house. The drive was just about 30-45 mins but the scenery was what I used to see when I was in the Middle East. Purely desert with some establishments, a man-made lake, different kinds of cacti, and lots of rocks are what I’ve seen. We didn’t explore much of Phoenix instead we spent more time both in Mesa and Sedona. 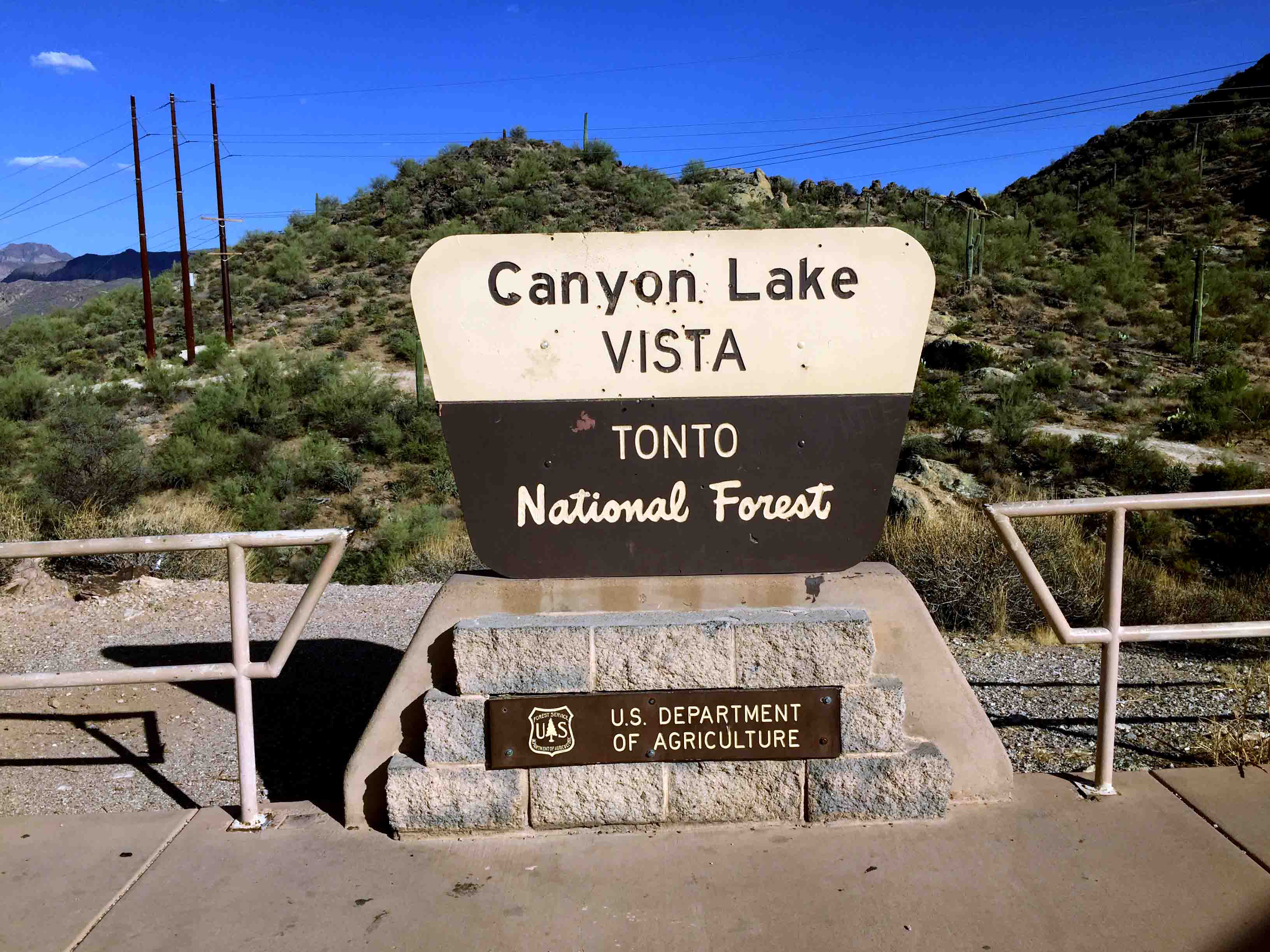 In Mesa, we headed to Tonto National Park. It is the largest of the six national forests in Arizona. It has diverse scenery with elevation in the Sonoran Desert. The Tonto in Spanish which means fool is managed by USDA Forest Service and its headquarters in Phoenix. 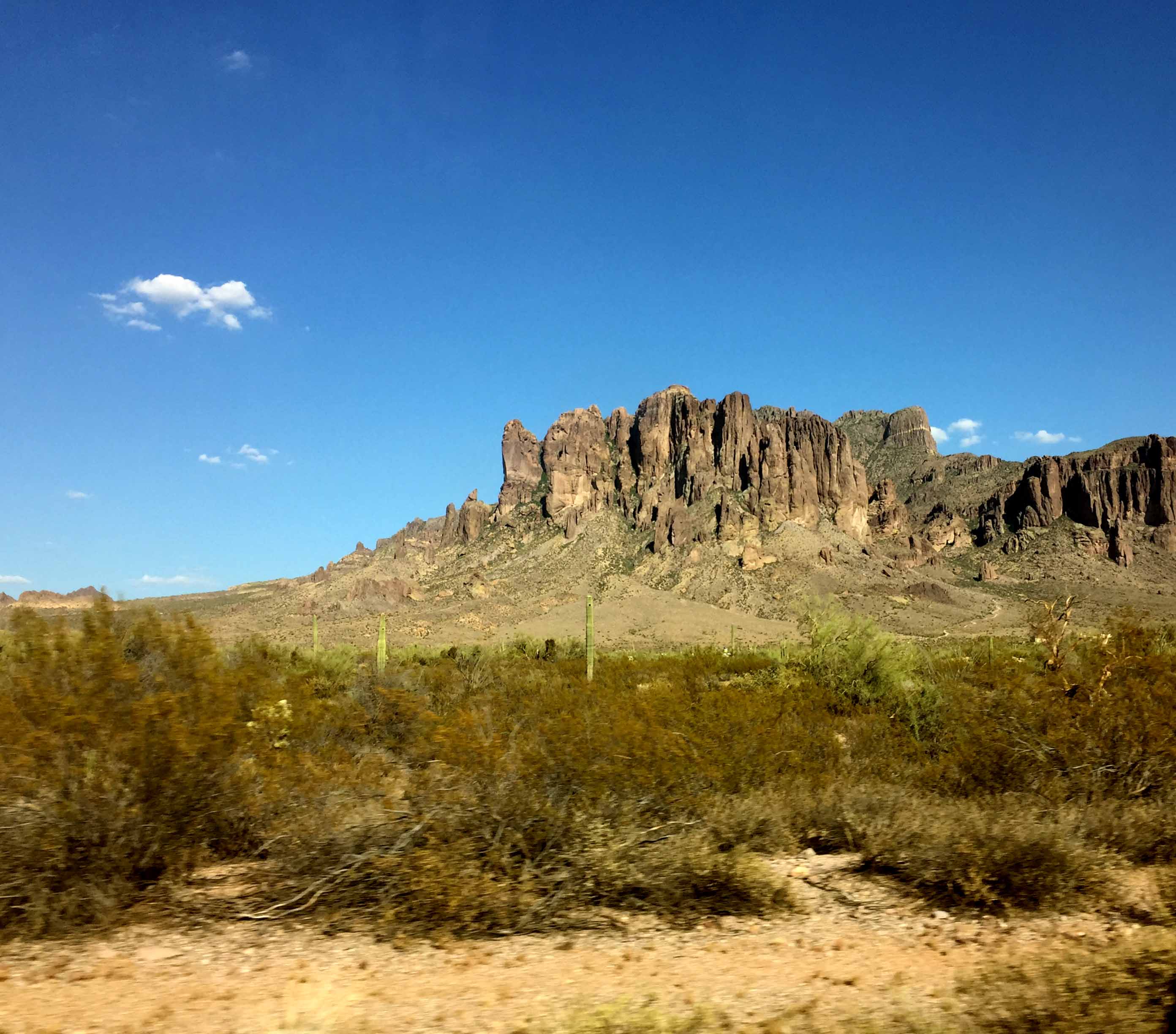 The drive was winding and a little bit tight. It was only one lane that the driver needs to be precise when turning and maneuvering or the trip might end up into something deadly with the cliffs and desert around and no one wants that to happen, so I said to my aunt, I will never drive this roller coaster route. We spent 30 mins to an hour in Tonto National Forest and my aunt has decided to bring us to eat some tacos in a famous restaurant near the park. 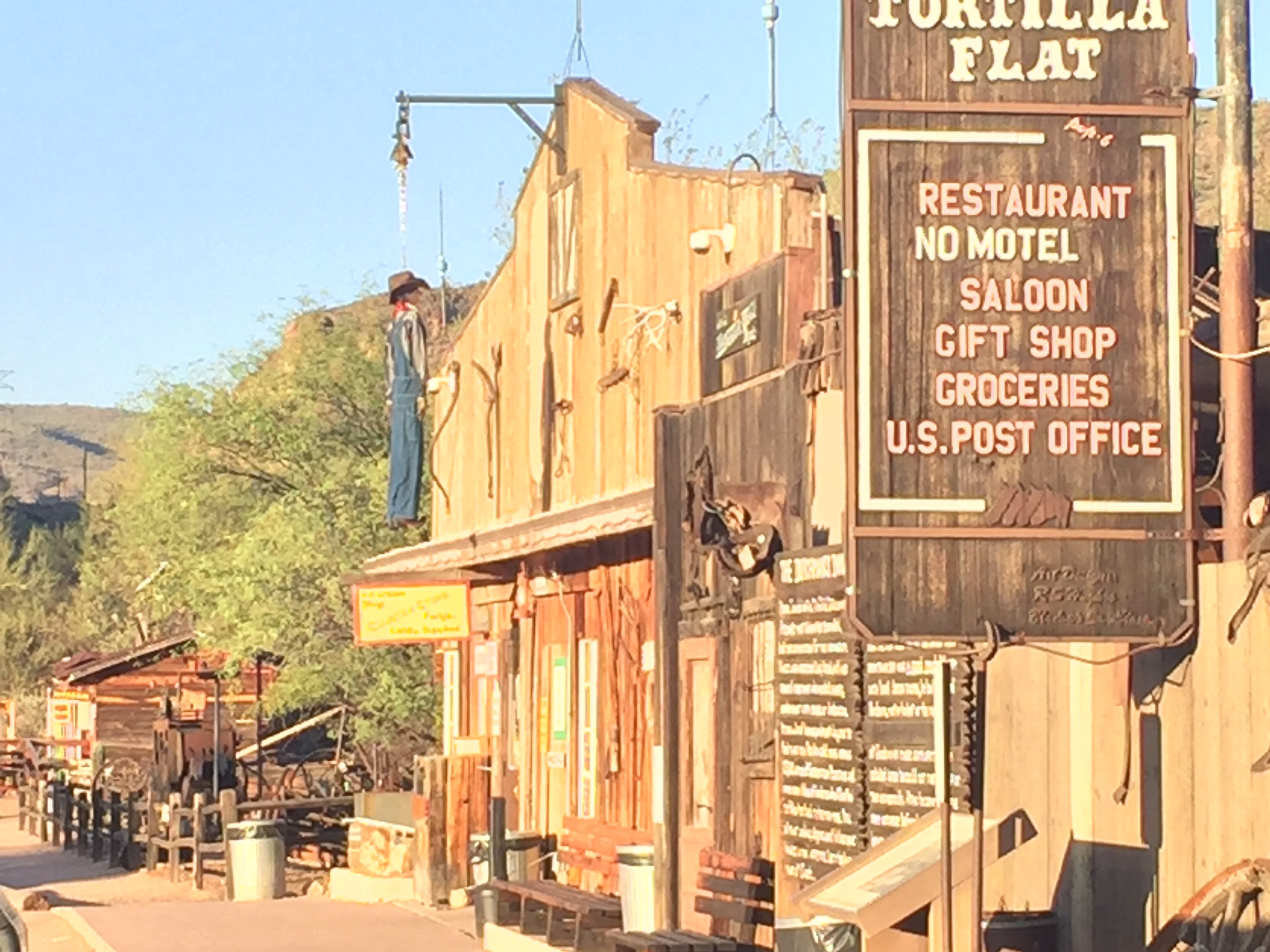 It was almost an hour travel from the national forest to this popular place. We were in Tortilla Flat. Tortilla Flat is a small unincorporated community in far eastern Maricopa county, Arizona, United States. It is located in northeast of Apache Junction. It is the last surviving stagecoach stop along the Apache Trail. It is Arizona’s smallest official community having US Post Office and voter’s precinct with a population of 6.

Tortilla Flat has this one packed location with everything you need in one area. There’s the bar and grill, the souvenir shop, post office, saloon and grocery store. We were in the restaurant and it was my first time to eat nachos in this country and it was really good. After we emptied the big plate of crunchy nachos topped with green leaves and vegetables, more cheese, and ground meat, we drove back to Mesa and called it a day.

The next day, my aunt took a day off and planned to bring us up north in Sedona which is a famous tourist destination in Arizona. Sedona is a city with its main attraction is the array of red sandstone formations. The day was full of activities and visits of state parks, so, I was excited to take my camera out and snap photos and even videos for my YouTube channel. We traveled from Mesa to Sedona for almost 2 hours with added traffic due to road traffic accidents on highways on our way to our destination. On our list:

It is a popular tourist attraction just north of the Village of the Oak Creek which is south of Sedona in Yavapai county. Bell Rock is a butte, which means a small hill, composed of horizontally bedded sedimentary rock of the Permian Supai formation. At its right is the Courthouse Butte.

Chapel of the Holy Cross

It is a Roman Catholic chapel built into the buttes of Sedona. It has been voted as one of the Seven Man-Made Wonders of Arizona and is on Coconino National Forest. 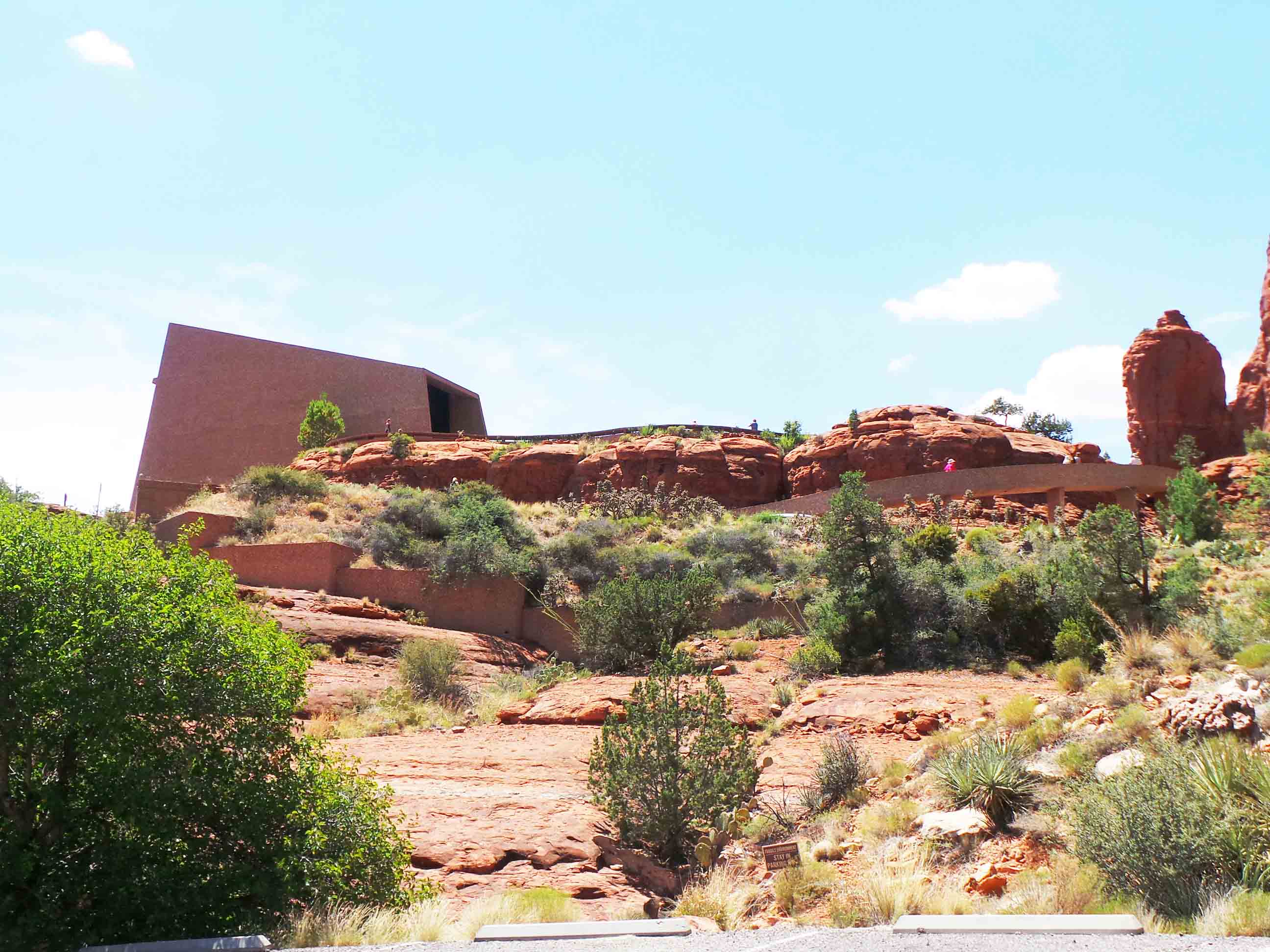 Chapel of the Holy Cross built in the buttes of Sedona 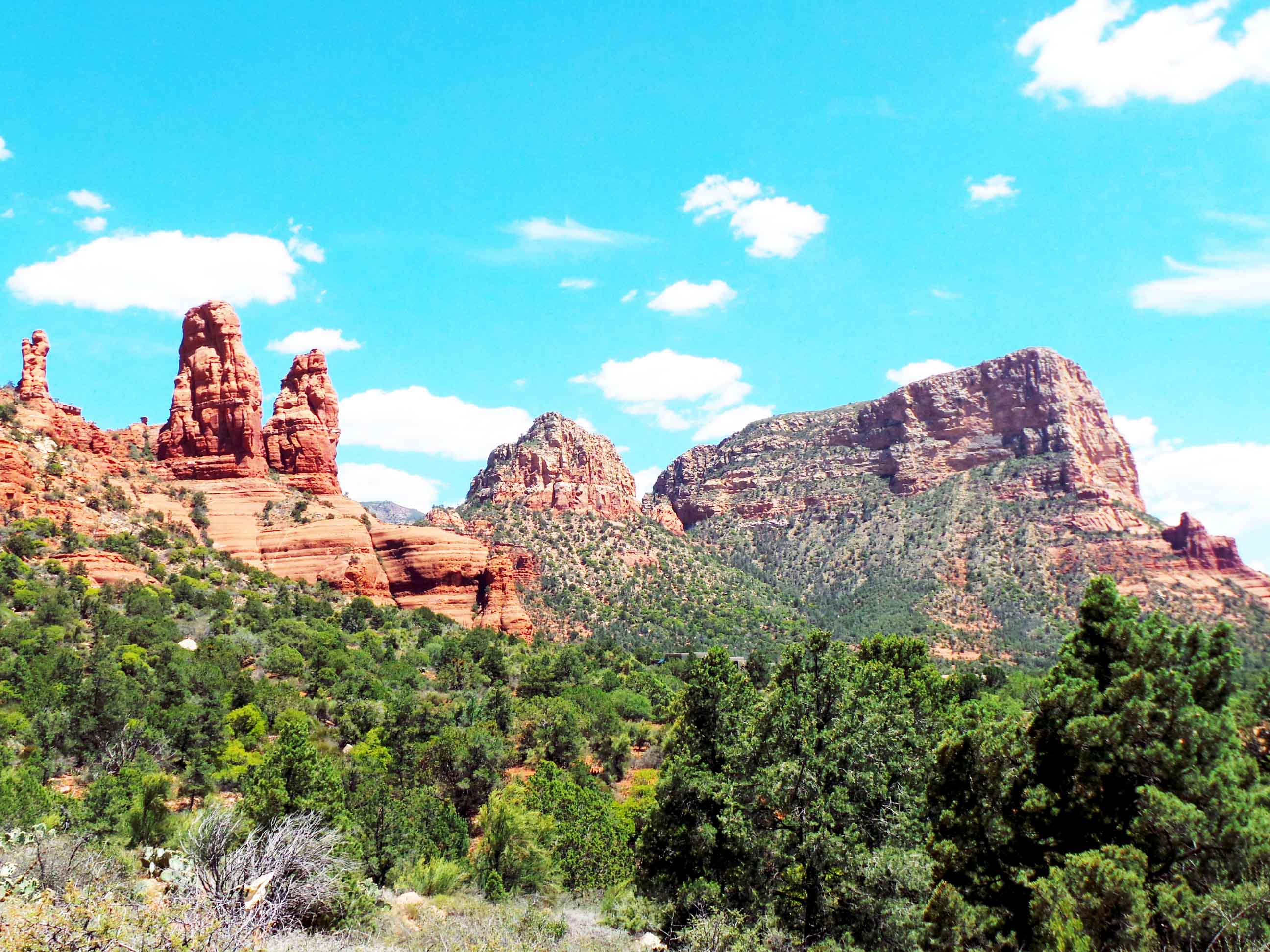 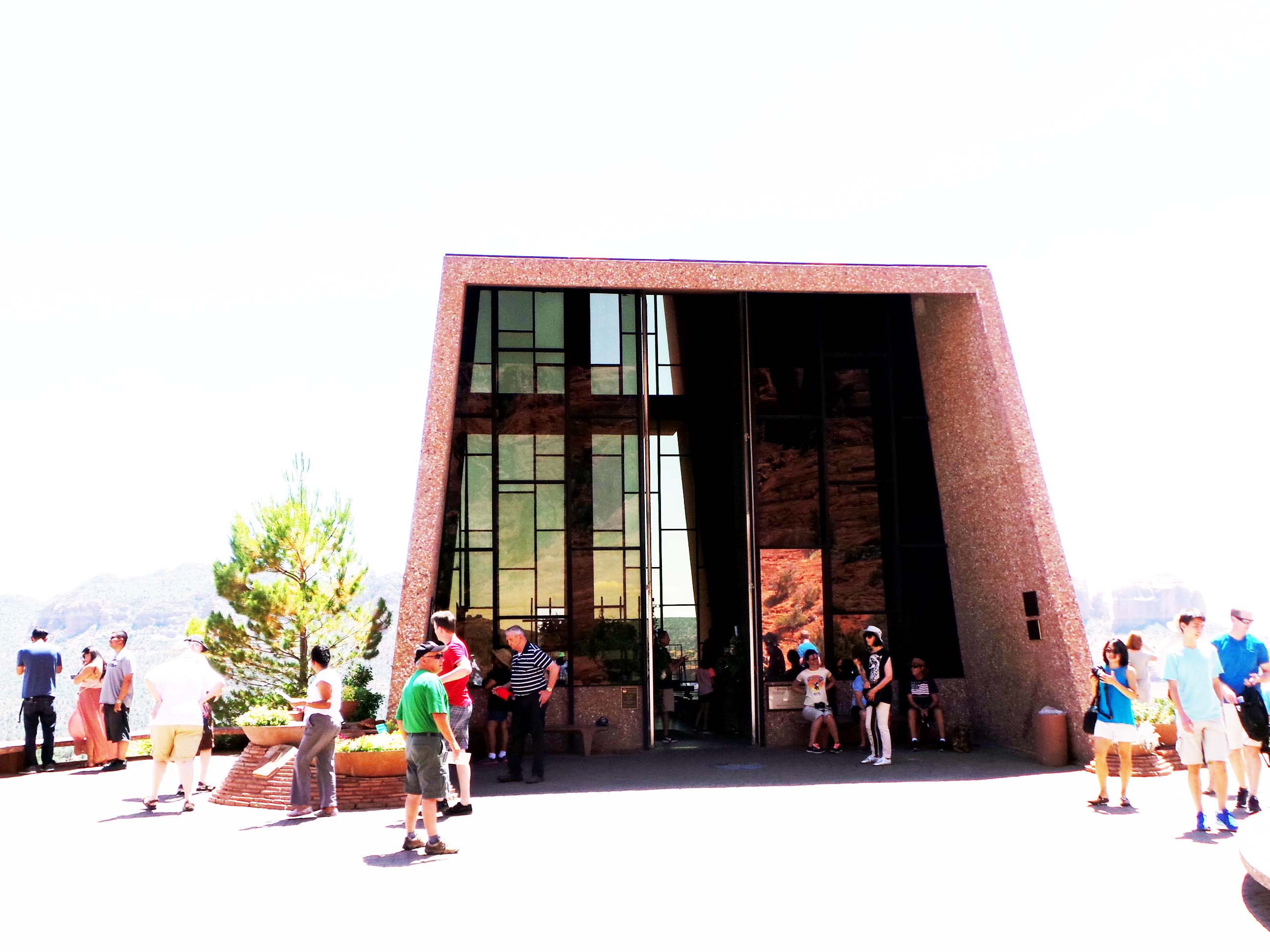 Cactus with Sedona buttes as backdrop

Taking its name from a natural water slide formed by the slippery bed of Oak Creek. It is managed by Arizona State Parks agency and is also located in Coconino National Forest. Tall red rock formations which are typical of this region surround the park with apple plantation farm. 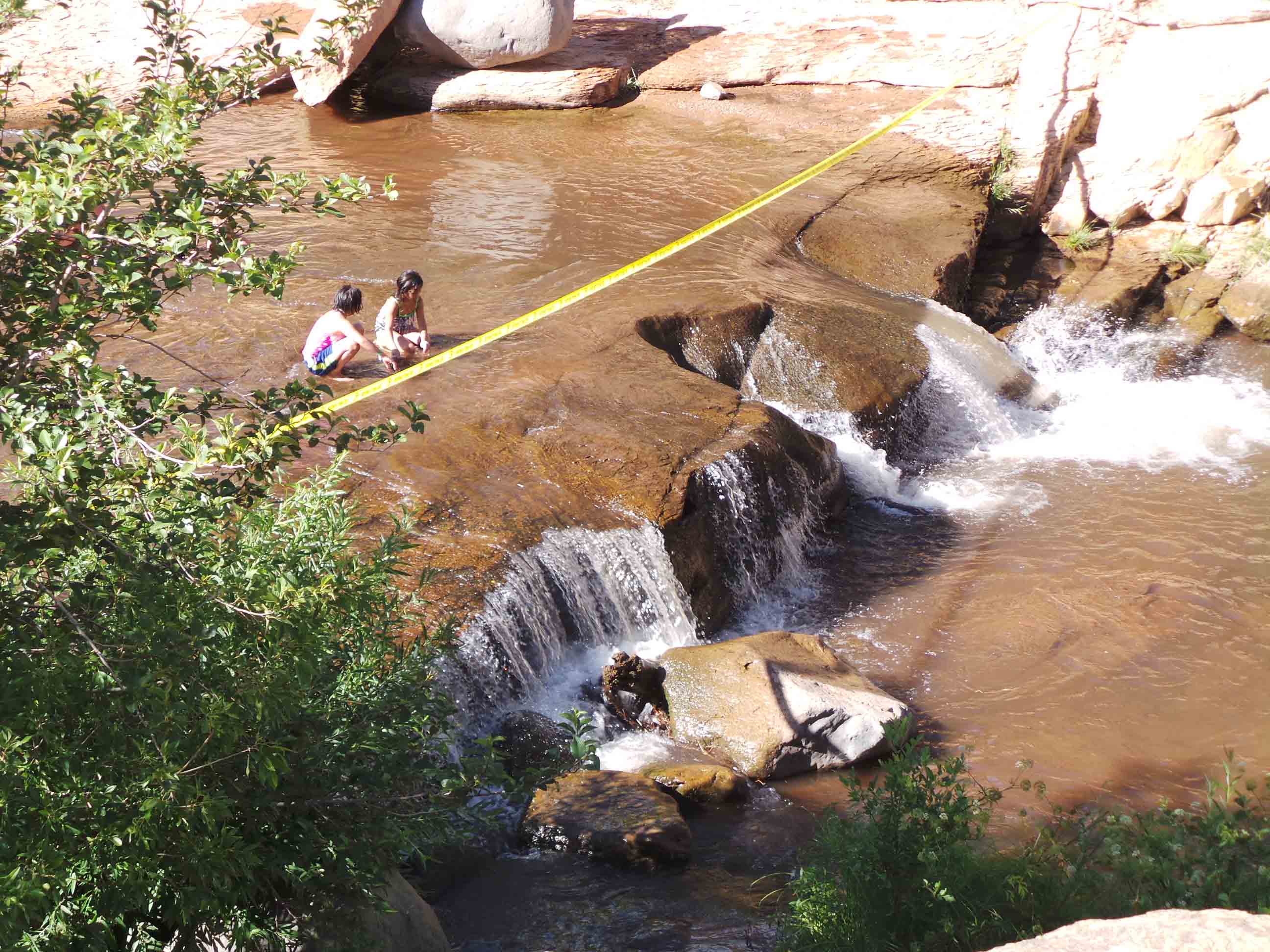 Fresh and icy cold water up from the mountains 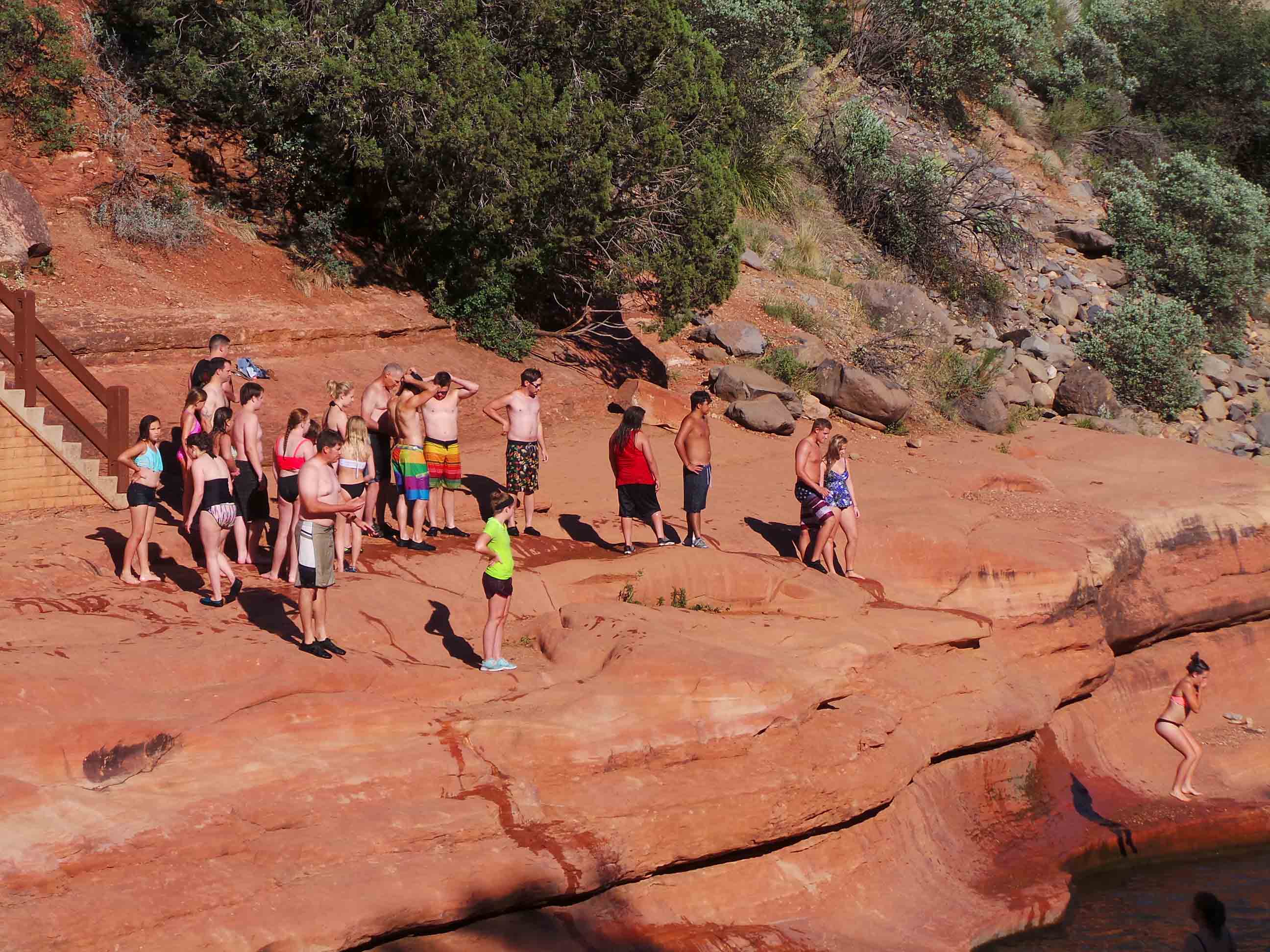 The whole summer heat experience in Arizona was indeed full of fun. I used to live in the Middle East for 3 years but in the Copper state, they know how to enjoy with this kind of temperature. But I can say that I am not into hot weather. I still love fall and winter seasons though. Too bad, I haven’t gone far to Grand Canyon which most tourists visit when they are around Arizona. Probably next time I visit the state and I’ll make sure it wouldn’t be during summer season.

Back in Hostelling International Illinois, United States of America